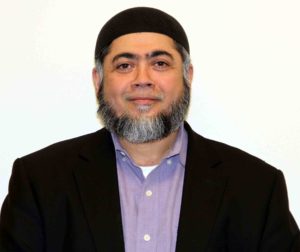 Mankind is a special creation of God. Our beginning is humble and very delicate. If not taken care of, we will not survive. It is just amazing to see how, in few years, this delicate helpless being transforms into an engineer or a scientist who produces marvelous structures touching the clouds and builds rockets that peak into other planets.

As little “scientists” we spend 9 months in the womb of our mothers. We have no clue how we survived in that cramped space. Food and Nourishment were delivered to us Free of charge. But we have no memory of that stay. We are reminded only because we see children born in front of our eyes. Seeing it we realize that, we were also inside the womb of our mothers for a long period of time.

Well, even after we are born we have no memory record of anything that happened for the next 2 years. We cried, we were fed, we wet the diapers, we vomited, we burped, we crawled, we sat, we tried to stand up with support, we tried to walk and we fell. Of course, we also did so many silly things. But we have no record in our memory of those first two years when we were doing all these baby things. Just because we do not remember even a single moment of the time we spent in those two stages, we do not deny them.

Did we exist before we were in the womb of our mother? This is an area that is beyond the domain of our science books. This is the main theme of the book of signs ie Holy Quran. True we do not know of that world. But here is what God says about our existence before our souls were blown into our bodies.

And [mention] when your Lord took from the children of Adam – from their loins – their descendants and made them testify of themselves, [saying to them], “Am I, not your Lord?” They said, “Yes, we have testified.” [This] – lest you should say on the day of Resurrection, “Indeed, we were of this unaware.” A’raf – The Heights – 5:172 (Qur’an)

Well, do we deny that world because we do not remember that? A wise man who has not allowed his mind to corrupt with arrogance will logically come to the conclusion that denying something just because I do not remember or that I did not see, is in fact not wisdom. Such a person is the one who will benefit from divine revelations. Such an observant mindset will not fail to see the beautiful complimenting nature around him and that will lead him to the creator and the purpose to this life.

Alif, Lam, Meem. This is the Book about which there is no doubt, a guidance for those conscious of Allah. Who believe in the unseen, establish prayer, and spend out of what We have provided for them, And who believe in what has been revealed to you, [O Muhammad], and what was revealed before you, and of the Hereafter, they are certain [in faith]. Those are upon [right] guidance from their Lord, and it is those who are the successful. Baqara – The Cow-2:2-5.

In the absence of this divine guidance and purpose of life, man, with all his attitude and boastful demeanor, draws conclusion that there is nothing beyond what we cannot see. Quran teaches us that the one who testifies to that unseen world and prepares for that Journey is the one who will be successful and achieves eternal bliss. The one who denies it and ruins that journey will fall in to eternal loss.

First, we have to know beyond a shadow of doubt as to who we are. What is this all about? I have Studied Physics, Chemistry, Biology, and Mathematics. They all explain the laws of Nature applicable to their realms of study. Under those sciences, man is just another animal with higher IQ and place higher up in the food chain. Once we die, we are done. These sciences are blind in seeing the designer behind the nature or the purpose of our creation. Holy Quran teaches us that man is a supreme creation. He has a purpose behind his creation and that He is accountable for his actions, and that he does not end with death. Rather he transitions from this temporal phase to the next eternal phase.

The entire message of the Quran can be summarized as a reminder of the purpose of our creation. Towards reminding people of this purpose, Quran invites people’s attention to the wonders in and around us. We can find numerous verses in the Quran making such calls. Here are a few that I would like to highlight.

“Have those who disbelieved not considered that the heavens and the earth were a joined entity, and We separated them and made from water every living thing? Then will they not believe?” Al-Anbya – The Prophets 21:30

Indeed, in the creation of the heavens and earth, and the alternation of the night and the day, and the [great] ships which sail through the sea with that which benefits people, and what Allah has sent down from the heavens of rain, giving life thereby to the earth after its lifelessness and dispersing therein every [kind of] moving creature, and [His] directing of the winds and the clouds controlled between the heaven and the earth are signs for a people who use reason. Al Baqara – The Cow – 2:164.

“And of His signs is that He created for you from yourselves mates that you may find tranquillity in them; and He placed between you affection and mercy. Indeed in that are signs for a people who give thought.” Ar-Rum – The Romans 30:21.

God Almighty has sent thousands of Prophets to instruct people on the purpose of life. They were bearers of glad tidings and harbingers at the same time. They delivered good news to people who intend to fashion their life according to the commandments of God and gave warning to those who decide to lead a life of heedlessness.

Here is a verse among others that clearly states the duty of Prophet Muhammad(peace be upon him).

“O Prophet, indeed We have sent you as a witness and a bringer of good tidings and a warner.” Al Ahzab-The Combined Forces-33:45

All the Prophets including Adam, Noah, Abraham, Moses, Jesus ( peace be upon them all) delivered similar messages to their people. Here is the end of those who hearken the message and of those who reject the message.

“…..And when guidance comes to you from Me, whoever follows My guidance – there will be no fear concerning them, nor will they grieve. And those who disbelieve and deny Our signs – those will be companions of the Fire; they will abide therein eternally.” Al Baqara- The Cow-2:38-39

I pray that God Almighty guides us all to his straight path and enters us in his gardens of bliss, Ameen.

Verses from the QUR’AN to Save Our Community

Men’s Kurtas and Tunic Tops: The Most Comfortable Shirt Ever Made

Seeking the Perfection of Salat (Part 1)